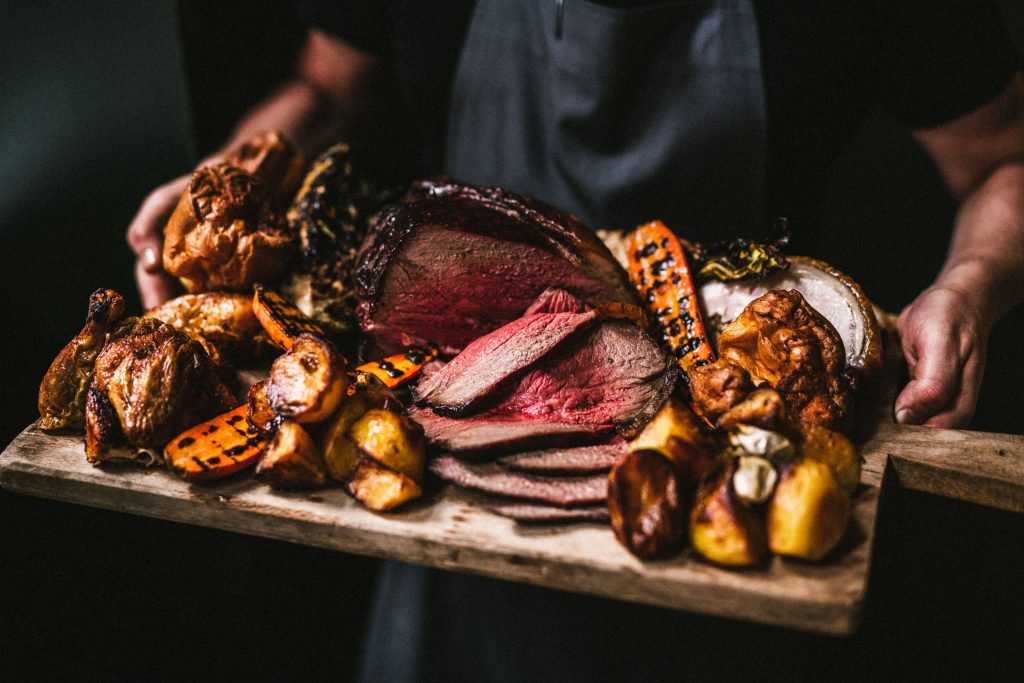 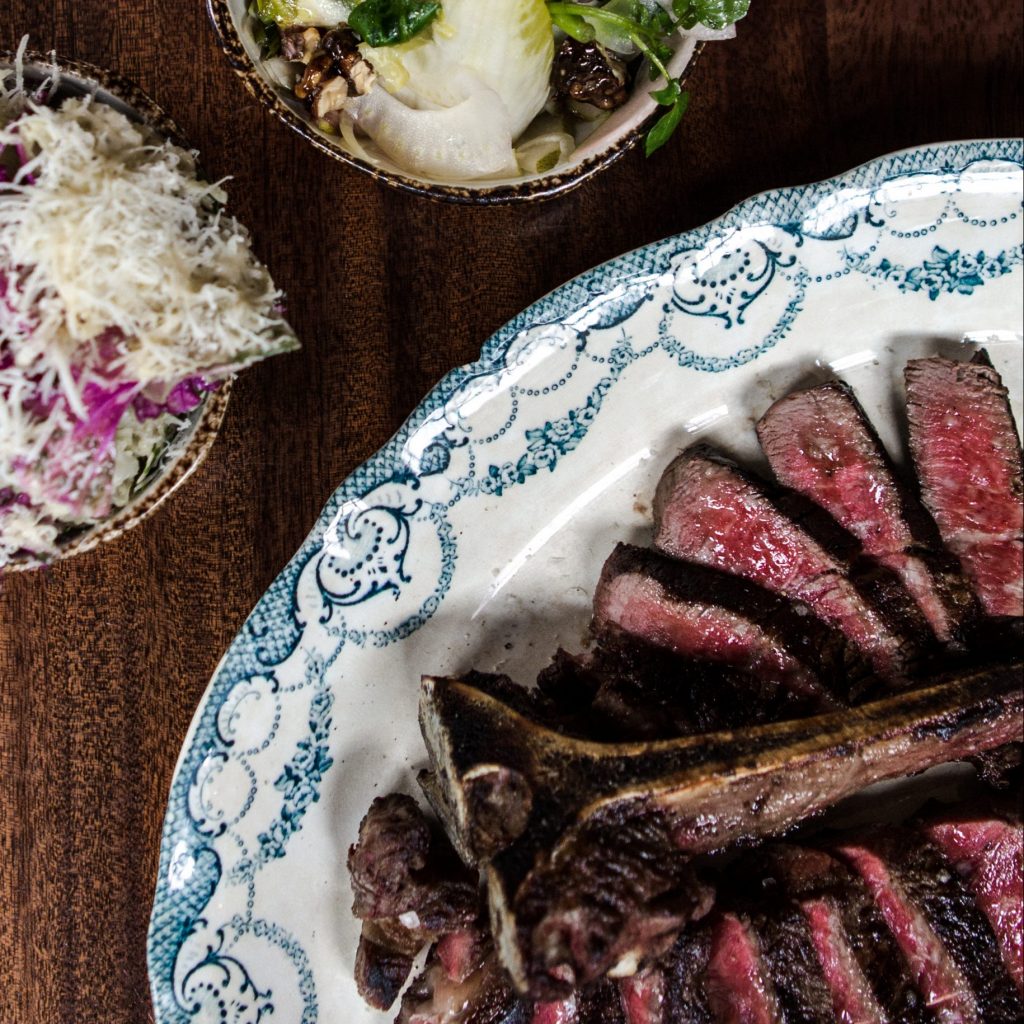 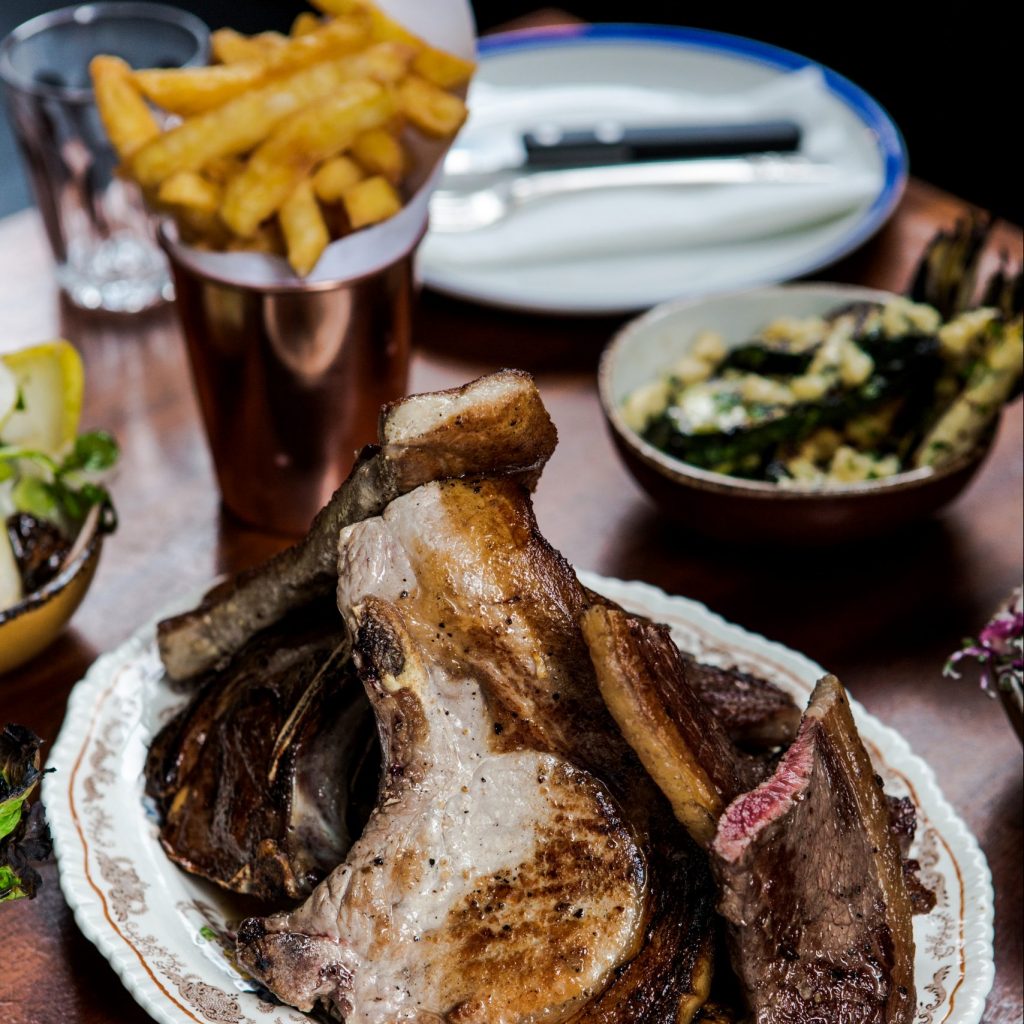 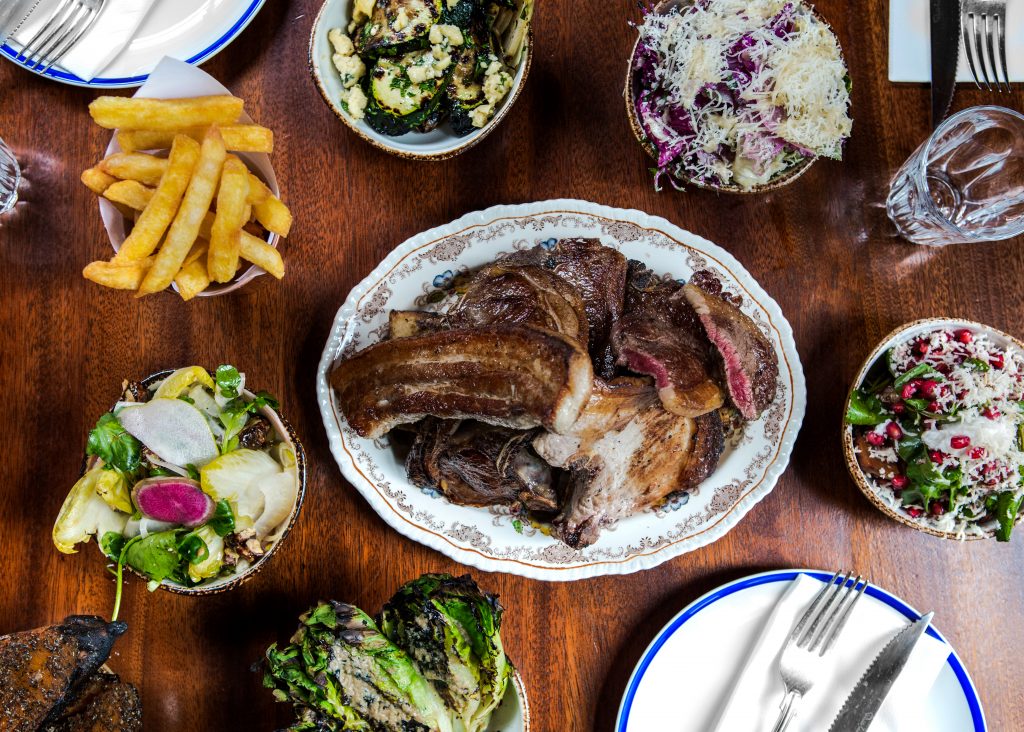 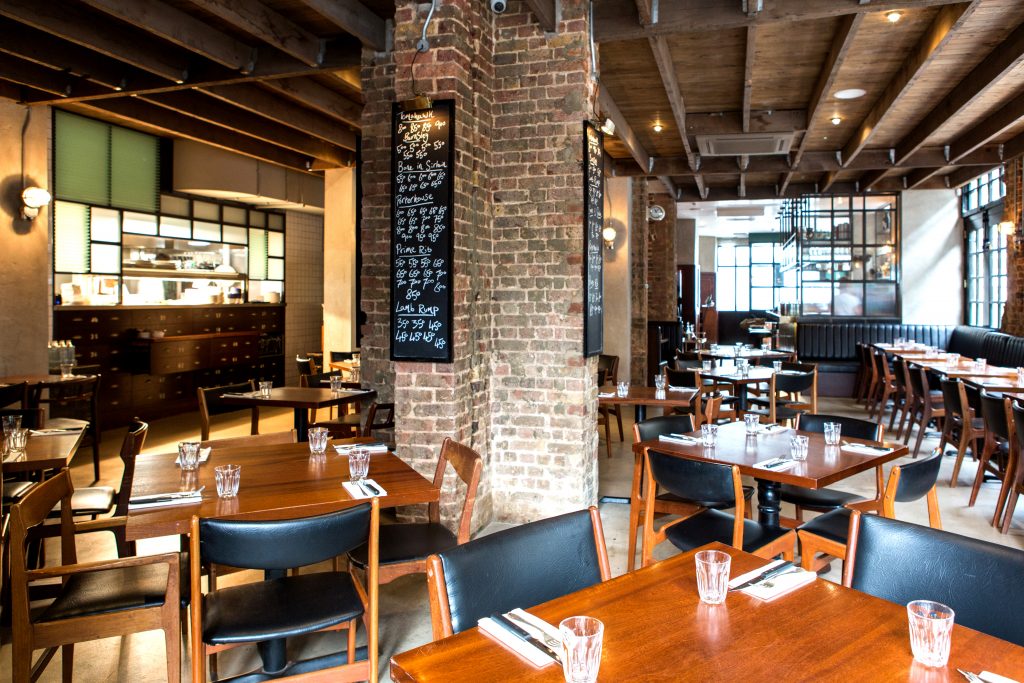 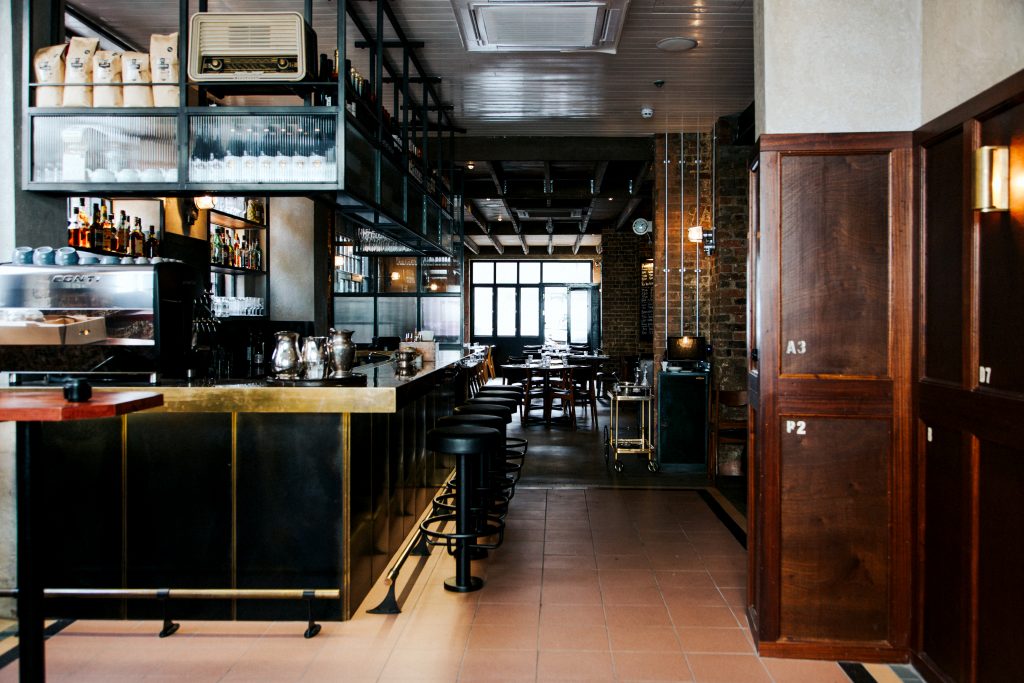 BLACKLOCK: WHAT IS IT?

A great British chophouse, with meat from rare and native breeds cooked over charcoal on the famous Blacklock Foundry iron. And it’s about more than the animals – this is a place that’s as serious about its sides as it is about its chops, with 10-hour ash-roasted sweet potato and beef dripping chips, or at the, er, slightly lighter end of the spectrum there’s barbecued baby gems with anchovy dripping. The group now has three restaurants, one in Soho, one in the City and one in Shoreditch.

BLACKLOCK: WHAT TO ORDER?

Veggies look away now: it’s meat all the way here – but when it’s so damn good, why not? Start with a round of pre-chop bites for the table. Bringing new meaning to the phrase ‘amuse buche’, these are three mouthfuls of deliciousness to be eaten in order for maximum flavour: chicken and horseradish, then egg and anchovy, then cheese and pickle. Then you can’t not eat the pig’s head on toast with gravy (make sure you save that pot of sauce for later).

If you’re here for lunch, the steak sarnie is incredibly good value at a tenner a pot. If you’re here a little later, opt for all in: the bites, then a plate laden with beef, pork and lamb skinny chops – but we advise only doing this at dinner time, when you can immediately have a lie down straight after. MEAT KLAXON: Blacklock’s Sunday roast is the stuff of legend, but make sure you book (way, way) in advance…

BLACKLOCK: HOW SUSTAINABLE IS IT?

Blacklock buys its meat from Warren’s Butchers and buy the whole animal, sharing the prime and lesser cuts with like-minded restaurants to make sure there is no waste – for example, you could be eating lamb chops at Blacklock and the belly of the same lamb could be on the menu at Smoking Goat. But it’s about more than just meat. The wine flows on tap from kegs, which reduces throw away glass and carbon footprint from shipping, and if that doesn’t float your boat there’s a wine list with bottles from environmentally conscious producers that are biodynamic or low intervention. On the cocktail front, ethical producers get top billing, and bartenders always use the whole fruit – the juice for cocktails, the rind for garnishes and make sherbets out of the pith.

Sourdough for beginners: recipes and tips for (almost) foolproof baking