The high street talks a good game when it comes to conscious fashion, including Primark on ethics and H&M on sustainability. But is the high street walking the walk? Well, it’s complicated.

These brands want you to believe it’s complicated but it’s actually very simple.

So this is the issue: there’s just one thing that all high street brands have to do to be more sustainable. *Drum roll please* They have to produce less stuff. Yup. Sell less clothes. Make less profits. That’s it. Job done.

They’re instantly more sustainable because they are not selling us more of what we don’t need.

(Scroll down for more on Primark ethics specifically)

The buy once, wear once model

Of course, this is a hard truth to acknowledge. Retail therapy is an actual thing for a reason: that sense of satisfaction you get from buying something you totally love… just to wear it once. This means a mammoth 11 million items of clothing end up in landfill each week.

Thanks to the rise of fast – or throwaway – fashion in the UK, we’re now buying twice as many clothes than we did a decade ago, and more than any other country in Europe.

Did you know there’s this movement to encourage people to wear everything they buy at least 30 times? Crazy, right. Or, maybe, not so crazy.

For fashion’s most successful coup is to distract us from the devastation and waste that lay in the wake of its beautiful designs. The stats of environmental damage are staggering.

This year, the UN reported that fashion is the second most polluting industry in the world. Despite this stat being highly controversial, the impact of the industry is in little doubt. It is responsible for more carbon emissions than all international flights and maritime shipping combined.

It takes between 7,500 – 15,000 litres of water to make a single pair of jeans. At the lower end, this is equivalent to the amount the average person drinks over seven years, yet we keep our clothes on average for just two years.

To fulfil our insatiable demand for new garms, more than 100 billion items are produced each year, most from virgin sources. And yet, 73 per cent of the 53 million tonnes of fibres used to make clothes and textiles are burnt or sent to landfill annually.

You can’t really have a problem with cotton, can you?

So-called natural materials are not as harmless as we have been led to believe. Cotton, a thirsty crop grown with huge amounts of pesticides, is one of the primary causes of Central Asia’s Aral Sea – once the world’s fourth largest sea – drying up.

Leather has been accused of being one of the causes of the 41,000 fires to ravage the Amazon so far this year. Synthetic – or vegan – materials, derived from the oil industry, fare no better for reasons of production and upkeep.

Washing synthetic clothes leads to 500,000 tonnes of microfibre, equivalent to three million barrels of oil, being dumped into the ocean every year. That’s harmful for the fish.

To be clear, every high street brand and online brand is doing this. You may think that Little Mix look great in the latest Pretty Young Thing adverts.

Or love the BBC’s Breaking Fashion documentary based on In The Style. But there is so much devastation behind those photos, it’s unreal.

Is that dress really worth all that destruction we just told you about? Does it still look as beautiful now you know?

That’s up to you to decide. To buy or not to buy: that should always be the question.

Primark’s ethics: is Primark any different to the likes of New Look, Zara or Bond Street?

To get back to the other question of whether Primark is worse when it comes to ethical trade and environmental sustainability.

Primark is one of the biggest fashion retailers when it comes to volume of stock. So, in this sense, yes they are worse.

But, when it comes to the materials or the chemicals they’re using to dye their clothes, they’re not necessarily any worse or any better. This is because brands all use the same factories.

“I can tell you who on Bond Street shares a factory with us” – Paul Lister, Primark.

Yes, you read that correctly.

People often call Primark ethics out first because it is one of the cheapest brands. But, two years ago I interviewed the head of Primark’s Ethical Trade Team, Paul Lister, and he told me that Primark shares 98% of their factories with other brands.

What is sustainable fashion?

“I could walk down Bond Street and tell you pretty much who on Bond Street who shares a factory with us,” says Lister.

The problem is, although all brands have ‘Codes of Conduct’ these are rarely worth the paper they are written on. This is because factory owners will sign, but not necessarily follow, the international labour agreements.

I asked Lister: “You’re genuinely comfortable with the conditions in these factories?”

At the time he said Primark was working with around 1,700 factories and he said they had a team of around 100 auditing and checking the factories to look for improvements. It’s almost certainly not enough, but it is arguably more than a lot of other brands do.

Why are brands sharing factories?

Brands share factories because they all benefit from economies of scale. Plus, they never have to accept full responsibility for the people who are making clothes for them.

Primark counts 78,000 employees across 337 stores in its annual report. The 800,000 or so garment workers who make clothes for them across their factories globally are not factored into this number. Nor are the hundreds of thousands of other workers, including the cotton farmers or the workers in the factories than turn this into yarn and then materials. This is the same for most fashion brands.

The human cost of fast fashion

This has a huge impact when it comes to the garment workers. While the dream of having access to a constantly revolving wardrobe has great appeal, the human cost is arguably the most scandalous thing about fashion.

“All of the women in my department have slept with the supervisor. If you say no, you won’t get the job, or your contract will not be renewed.”

We too easily weave people out of the sustainability story.

“It’s hard to make consumers feel sympathy for the plight of the women working in garment factories when we are not always much better protected ourselves. It’s much easier for us to feel outraged at other aspects linked to fashion, like waste or the burning of stock,” explains Orsola De Castro, founder and creative director of Fashion Revolution.

This is one of the reasons Burberry’s burning of £28 million worth of luxury clothing made front-page news last year, while reports of bosses forcing female workers to commit sex acts in clothing factories barely made the headlines this summer.

At the time of the interview, Primark wasn’t publishing the names of the factories they work with. Now Primark is more transparent, listing 1,003 factories across 20 countries on its website.

They say this makes up 95% of the factories that produce their products in store. But it’s important to note this doesn’t account for the whole supply chain.

They don’t account for the farmers who produce the cotton, for example. Nor do they include the factories that weave this cotton into materials. For all fashion brands, the supply chain is a lot more complicated than everything being produced in one factory and sent straight to store.

The ‘unseen’ people at the bottom of the supply chains, the cotton farmers for example, are even less protected.

Why transparency is important

Transparency doesn’t necessarily mean an ethical supply chain. It probably makes you feel better as a customer. But, it doesn’t give you any insight into how this factory really operates. It doesn’t tell us the ratio of male to female management, for example. Or, if the workers have access to trade unions.

Two recent unrelated Primark examples of this include: An investigation published in the Guardian in which garment workers making £88 Lululemon leggings say they suffer regular abuse. And reports of bosses forcing female workers to commit sex acts to secure working contracts. The brands implicated include Levi, Wrangler and Lee.

One testimony said: “All of the women in my department have slept with the supervisor. For the women, this is about survival and nothing else. […] If you say no, you won’t get the job, or your contract will not be renewed.”

The report explicitly implicated the brands for their failure to detect these violations. They have voluntary codes of conduct and monitoring programs, yet the abuses continued.

So, transparency is important because when companies publish this information it helps NGOs, unions and local communities to stand up to human rights and environmental issues. It means these stories have a chance of making it into the press. It gives otherwise invisible and silenced workers a platform to speak out.

Primark ethics vs our ethics

I also asked Lister: “You’re working with the developing world and accepting the issues that are there but you’re also profiting from that? Then you’re paying for audits which is probably a lot cheaper than paying your own factory…?”

Before you nod your head sagely in agreement, as I hope you will, please take a second. Consider that these brands only exist because we buy from them. Every customer is also profiting. We could choose to buy from more sustainable brands.

Lister said: “Unashamedly we are making a profit… but the workers are also being paid. In some countries this is the beginning of industrialisation.

“The alternative in Bangladesh has always been subsistence farming or early stage industrialisation.

“Your question to me would be don’t exploit them… and I fundamentally 100% agree with that.”

Except, workers are exploited, the world over. Global fashion companies are still not paying a living wage to workers, a report from researchers at the University of Sheffield revealed this year.

The study suggests the likes of Nike, Primark and Adidas are duping shoppers. An impressive 17 out of the 20 leading fashion brands investigated claim to have a commitment to living wages. But the report concluded these are worthless.

“Consumers are purchasing products they may believe are made by workers earning a living wage, when in reality, low wages continue to be the status quo across the global garment industry,” said project leader Professor Genevieve LeBaron, professor of politics.

So, to answer your original question. Primark’s ethics are about the same as most high street brands and online fashion retailers. They are all still putting profits ahead of people and the planet. At this stage, putting them in a league table feels a little pointless.

Primark generated a huge £7,792 million and made a profit of £913 million, according to their 2019 annual report. The fashion industry generates an estimated £1.5 trillion. This article barely scratches the surface of the issues.

But, hopefully, you now feel a little more knowledgeable and empowered about what’s really going on behind the scenes. 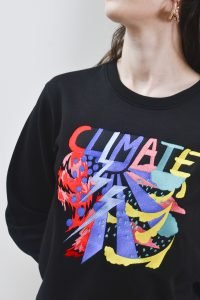 View from the inside: Gung Ho’s new climate change collection 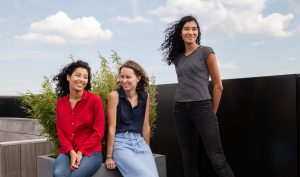 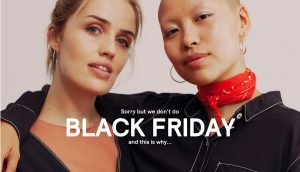 Ethical Black Friday sales: to buy or not to buy? 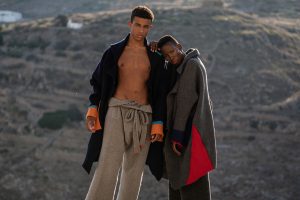 View from the inside: The war on waste in the fashion industry 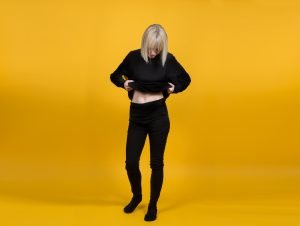 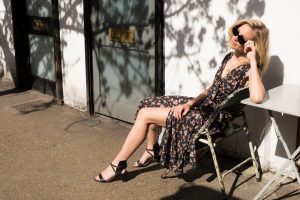 Ethical women’s clothing: where to shop in the UK 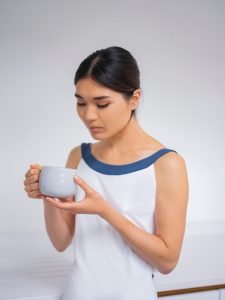 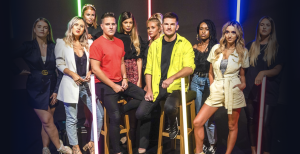 Breaking Fashion: why the BBC documentary is breaking our hearts 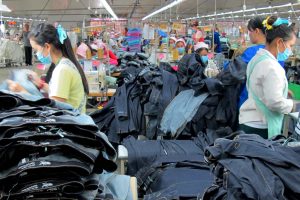 Coronavirus and the fashion industry: what you need to know