Thanks to the increase in vegan eating, plant-based milks are on the rise. But, with Oatly in hot water for taking investment from Blackstone investment fund (which also funds Amazon deforestation and the Trump administration), how do you know which milk alternative is best? We’ve partnered with Ethical Consumer to provide you with this definitive guide for which milk is the cream of the crop.

Almond, soy, oat, hemp, cashew: these days, there are more milk alternatives than you can shake a vegan cheese stick at. And with a whopping 25% of the UK now drinking milk alternatives, it’s no surprise the industry is pumping out more ‘mylks’ than a dairy cow on steroids.

Many people make the switch because of the health and ethical issues surrounding cow’s milk. But are plant-based milks really better?

Broadly speaking, and according to an investigation by the Ethical Consumer’s Josie Wexler, yes. They’re solidly better for the environment when it comes to land, water, biodiversity and climate – but make sure you’re buying milks that come in Tetra Pak cartons rather than plastic bottles (more on this later), and don’t buy a plant milk that’s made by a company that also deals in dairy.

Before we hang dairy out to dry, it’s worth pointing out all cow’s milk isn’t created equal – there’s a big difference between organic and non-organic. A couple of the dairy farms doing things properly are The Ethical Dairy, Estate Dairy and Somerset favourites Yeo Valley.

Of course, much of your decision will depend on taste and health benefits. No matter which mylk you go for, cow’s milk always comes out on top for protein. Mammal milk is the sole food source for young mammals and is therefore very nutritious – but as adult humans, we get these nutrients from elsewhere.

Back to the matter at hand: if you’re going to go down the plant milk route, which one do you choose? Well, sadly that answer isn’t straightforward. Each kind has its own ethical issues, and ultimately it’s up to you to decide which one works best for you.

Soya is associated with deforestation in the Amazon, where the forest is being cleared to grow soya or to be turned into farmland for rearing cattle. But only 6% of the soya grown in Brazil is consumed by humans (the rest, ironically, gets fed to cows which is why intensive farming systems are not efficient or good for the environment, but we digress). Most plant milk brands source their soy from Europe, although, many supermarket-own brands source from South America. The answer? Always check the bottle to see if it’s grown sustainably.

Nutrition: Soy milk has the second-highest amount of protein after cow’s milk, and is fairly high in nutrients including vitamin K.

Taste: Soy milk is often sweetened, so watch out for this. It’s less watery than almond milk and doesn’t curdle in hot drinks.

Almond milk gets a bad press because of how much water almond trees drink. But overall, most analyses put the amount of water it takes to produce dairy and almond milk at roughly the same. Really, the issues about almond milk causing drought are only relevant to California, so avoid almond milk from here. But you’ll also want to avoid dairy milk from California, too – as more water is used to grow alfalfa sprouts to feed the cows than it is to grow almonds.

Probably more important is that Californian farmers often use a lot of pesticides, which is harmful to the bee population – not to mention to human health. That said, many brands do offer organic options, so make sure you go organic if you’re nuts about almond milk.

Nutrition: The middle of the bunch for protein, and if you get enriched almond milk it’s high in vitamin D.

Taste: Can be watery and, er, nutty – also errs on the sweet side.

Potential issues: use of pesticides

Oat milk is the current darling of the plant milk world. The grains are grown in a cool climate, which is a big tick for UK consumer. But, oats are sometimes sprayed with a herbicide called glyphosate, which has been linked to liver disease, birth defects and reproductive problems – and the chemical has even been found in organic oat products. (Former) leading brand Oatly does guarantee that its products are glyphosate-free.

Nutrition: Not that high in protein, sadly.

Plant milks don’t contain palm oil, but the companies that make them often use palm oil in other things. Good Hemp, Rude Health, Blue Diamond and Vitacoco are palm-oil free.

Now? Have you considered making your own? It’s really simple.

Naturally pest- and weed- resistant, hemp milk gets a pretty good rap when it comes to sustainability. It also doesn’t need much water or nutrients in order to grow. Because of its relation to the cannabis plant, hemp is now only just starting to be grown more often.

Nutrition: Weighs in around the same as almond milk for protein, but more than oat.

Taste: Sweetened varieties can be very sweet, while unsweetened has a fresher, grassy flavour.

While palm trees – grown in Indonesia, India and the Philippines – aren’t associated with deforestation, like many other tree-based crops (e.g. cocoa) they are mainly grown in areas that are associated with poverty.

Palm trees are also slow to grow, so once you’ve decided to go down that route you’re stuck with growing coconuts, no matter what the market’s like. Prices tend to be low and coconut farmers are often very poor. Fairtrade, which has a price premium, was designed to help with this problem – so make sure you buy Fairtrade-certified coconut products.

Nutrition: Not very much protein at all, but is rich in good fats.

Taste: Again, fairly sweet and watery. You’ll need more than you expect in your cuppa.

A note on packaging

To complicate things further, it’s not enough to think about what’s in the bottle; you also need to think about what the bottle itself is made of. The vast majority of drinks are sold in Tetra Pak cartons, which are 75% card, with a layer of plastic. All in all, the Tetra Pak carton is a tiny percentage of your milk’s carbon footprint. And straight-up plastic bottles have a much higher carbon footprint than cartons.

On the flip side, the cartons aren’t that easy to recycle in comparison to plastic bottles. Generally speaking, cartons are better for the environment.

So what’s the answer?

As with most things, it all boils down to the methods of production and ethics of the company producing it.

Soya, when sourced in Europe, looks to be most sustainable – but avoid Alpro as it’s own by Danone, a company that also manufactures dairy products, tests on animals and more. Supermarket-own brands, too, should generally be swerved. Shocking, eh? 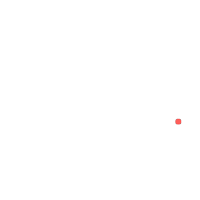 London restaurant reopenings, as they happen

Riding solo: the self-isolation experts of the animal kingdom

Why we decided to launch in the coronavirus pandemic: a note from the founders

Sourdough for beginners: recipes and tips for (almost) foolproof baking

Supporting your community during coronavirus: what can you do?